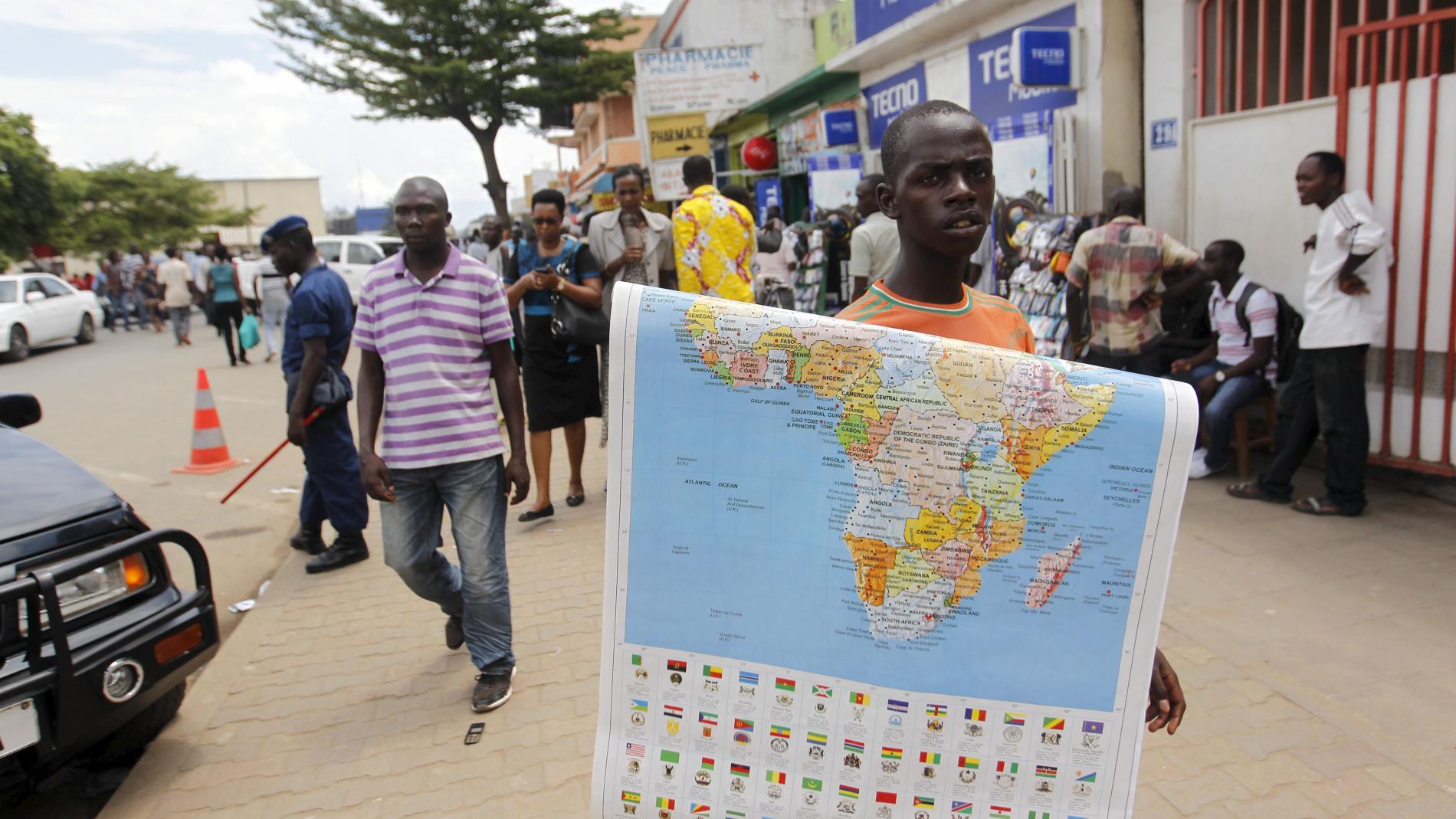 In map after map after map, many African countries appear as a void, marked with a color that signifies not a percentage or a policy but merely offers an explanation: “no data available.”

Where numbers or cartography has left African countries behind, developers are stepping in with open-source tools that allow anyone from academics to your everyday smartphone user to improve maps of the continent.

One such project is Missing Maps, which invites people to use satellite imagery on mapping platform OpenStreetMap to fill out roads, buildings and other features in various parts of Africa that lack these markers. Active projects on åMissing Maps include everything from mapping houses in Malawi to marking roads in the Democratic Republic of Congo.

Missing Maps co-founder Ivan Gayton said humanitarian organizations could use the refined maps for development projects or to respond to future disasters or disease outbreaks.

“My intention was to get people like Doctors Without Borders and the Red Cross to rectify another injustice which is, that very basic public health infrastructure, which is a map, is not available in most of Africa,” Gayton told Quartz.

In July, Missing Maps launched MapSwipe, a smartphone app that helps whittle down the areas needed for mapping on OpenStreetMap by giving anyone with an iPhone or Android phone the ability to swipe through satellite images and indicate if they contain features like houses, roads or paths. These are then forwarded onto Missing Maps for precise marking of these features.

“Having a mobile application means having an order of magnitude more of people that are able to do it, larger volunteers, and it seems like they go faster,” Gayton said.

Missing Maps’s approach is similar to that of Mapping Africa, a project developed at Princeton University that pays users to look at satellite images and identify croplands.

People who sign up on Amazon’s Mechanical Turk service are given satellite images of random patches of land across Africa and asked to determine if the land is being used for farming.

That data can be used to figure out how farmers are coping with the climate around them and with droughts, Estes said.

He and his collaborators have thus far used the imagery for their own agriculture-related studies in Zambia and Kenya, but Estes said it could be used for other purposes, such as determining ownership of disputed land.

“If you can establish that agriculture is being done in an area already, that provides a valuable source of information for establishing tenure rights or giving people information that they might not be able to get,” Estes said. “The ultimate ambition is to get large areas, if not all of sub-Saharan Africa mapped.”

Missing Map’s work is available to all on OpenStreetMap. Estes said he’s considering uses for Mapping Africa’s data beyond his own studies.

One outlet for Mapping Africa’s data could be AfricaMap, a Harvard University project where users can compile data on everything from ethnic groups to mother tongues to slave trade routes and layer it over a map of the continent.

“The basic idea is you can go in there, create a map and any of the 20,000 layers in the system, all of them would be available to load into your own map,” said project manager Ben Lewis.

Lewis helped put together AfricaMap at the request of Harvard professors who were looking for a way to get old geographic data of Africa online. The project was so successful it expanded into WorldMap for the entire globe.

Africa Map’s 20,000 users have put the service to work mapping hospitals and clinics in Ghana, or creating a layer that shows types of indigenous music across the continent.

Lewis plans to soon launch a program that will collate different mapping data layers from across the Internet, expanding the amount of layers on WorldMap into the hundreds of thousands, he said.

“The core reason, in my mind, to start with Africa was to, first of all, make the case that there is data,” Lewis said. “A lot of times, it’s just [that] people don’t know about it.”